If you live in Texas, chances are you experienced the tornado filled cold front of yesterday. From what I read this morning, it stretched from San Antonio all the way to Missouri.


The reports coming out of Dallas were quite scary. I know of several people whom found themselves hunkered down in restrooms or stairwells while these tornadoes ripped through the city. A family we know had their flight delayed out of Denver and were re-routed to Lubbock because DFW cancelled flights.

In Longview, the emergency sirens wailed as my phone rang to update our weather status: tornado warning! My husband and I went outside to look at the approaching weather and this is what we saw. 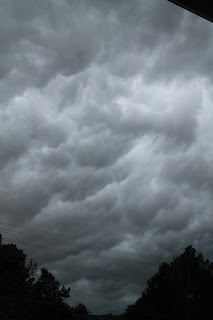 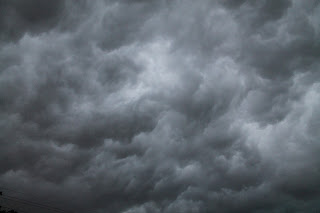 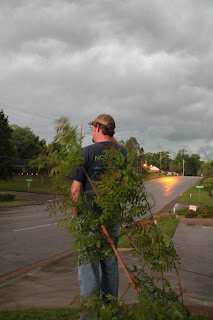 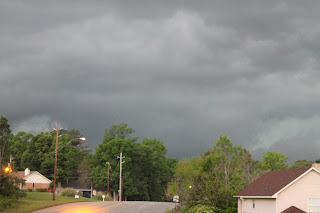 About a half-hour into the storm, we noticed visible rotation in the clouds. I have never seen anything like it; especially when the clouds starting separating in opposite directions. I readied for a funnel, but to my relief, none appeared.
Thank goodness!

Friends on Facebook from all around East Texas, noted pea sized hail, tree strikes, and lots of wind - luckily though, no tornadoes or severe damage.

The Longview News-Journal publisheded an article  by Mike Elswick highlighting last night's storm and explaining the differences between warning and watches.

My friend, Amy McCarty, has a free emergency preparedness class on April 12th for those of you wanting to learn more about being prepared.

How did you fare in last night's storms? Any damage? Any sitings?
Posted by MichelleNorris at 11:13 AM