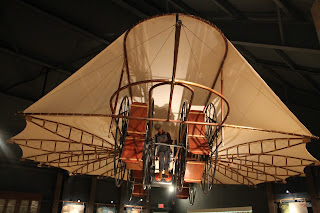 A few weekends ago, our family visited the Northeast Texas Rural Heritage Museum on a whim (we just happened to be in Pittsberg). I had never heard of the NTRH Museum, but when I saw the sign regarding the Ezekiel Airship, my curiosity was peaked.

Upon entering the museum, visitors are directed to the section regarding railroad memorabilia. The boys oohed over the telegraph machines while my husband and I caught up on local history. 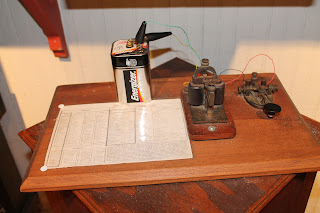 The next exhibit room included early Americana industries featured in the region, along with their implements: farming, logging, oil, etc. The exhibit also housed an extensive collection of Caddoan Native American artifacts. However, the highlight of the museum lie in an entirely different building. 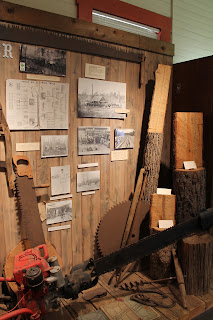 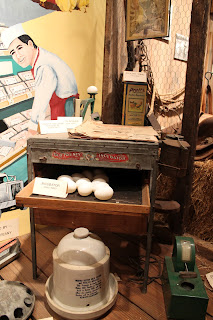 Filled with a firetruck, a steam engine, a wildlife diorama, and a small art gallery, this building was home to something of even more appeal: the Ezekiel Airship. 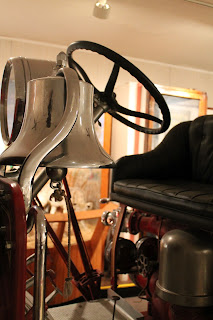 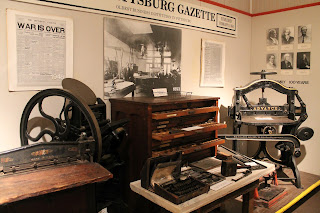 When I turned the corner and looked up, it was like looking at something di Vinci may have created. As a scaled down replica, this Ezekiel Airship was not the one that flew, however, it was built to spec from the original design of Reverend Burrell Cannon, a local Baptist minister. It is said that the Ezekiel Airship flew a whole year earlier than the Wright Brothers' plane at Kitty Hawk in 1903. While there were no official records, a museum film provides generational witnesses, as well as the story behind the Reverend's inspiration for this flying machine. 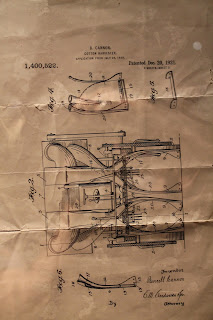 I found it very interesting the basis for this craft came from the book of Ezekiel, chapter 1 verses 15-22:

In conjunction with the museum exhibits, ticket holders may also visit the farmstead. We didn't go this particular trip as we had previous plans, but I do hope to return in the future. If you go, make sure you allow time to visit both portions of the museum and leave about 20 minutes to view the documentary on the Reverend Burrell Cannon and his Ezekiel Airship.

The Northeast Texas Rural Heritage Museum does not have a website; however, I've added pertinent information below.