Last Monday morning, I gave the boys a twenty dollar bill and explained their budgeting objectives. Everything they wanted to do outside the home for the week would have to be paid for using this $20 only.

I showed them how to search for coupons and how to use them effectively. They got creative in planning their summer fun activities and even learned a lesson or two along the way.

The boys signed up for the Kids Bowl Free program earlier this summer. This wonderful program through AMF allows kids to bowl two games per day free, as long as they are registered and bring their coupons. Since they already both have personal bowling shoes there is no additional expense to bowl. 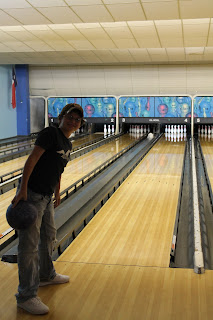 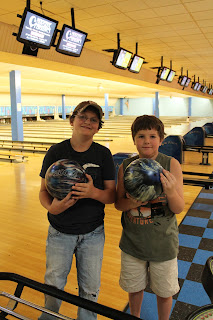 After bowling, we headed over to Sonic for drinks. The boys had previously been given tokens for a free medium drink each from our local summer reading program.

Across from the Sonic is a great park that my my boys just love. We played until they couldn't play any longer! 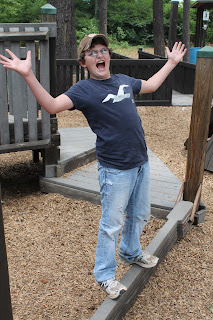 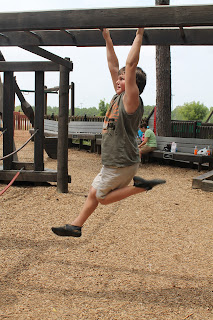 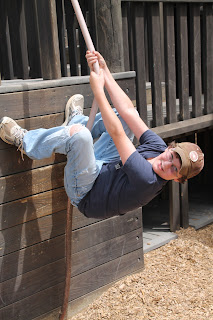 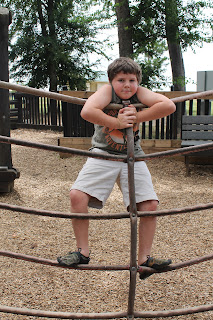 After the park, they were a little peckish. Since my birthday is in July, I received a coupon from Schlotzsky's for a free birthday pizza. Snack accomplished!

On Tuesday, the boys slept in a bit. I think they wore themselves out with all the free fun the day before.

We decided to take our big dog to the dog park for a little fun and exercise. I'm not sure who ran more - the humans or the canine. 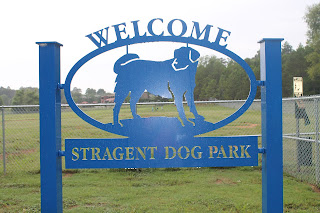 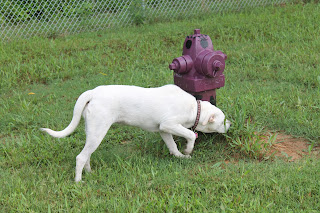 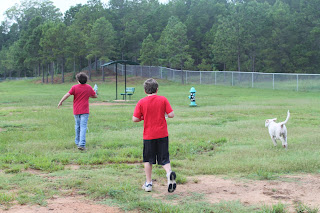 On Tuesday, we also went to lunch. The boys had 2 kids eat free at Jason's Deli coupons and I just happened to have a $5 off any entree coupon for my birthday. Needless to say it was a yummy and cheap lunch (only $4.34)!

Our Bed Bath & Beyond also opened on Tuesday. The eldest got to be the first customer through the door. He was pretty excited. I was more excited about having this great store in our city!

Mid-afternoon, we went to check on the gardens we are raising and the boys harvested tomatoes, cucumbers, peppers, and a squash.

We also stopped by Radio Shack and picked up the youngest a Hex-bug on sale for a mere $2.

Wednesday was the 4th of July! We started the morning off by having a competition to see who could wear the most red, white, and blue! Happy Birthday, America! 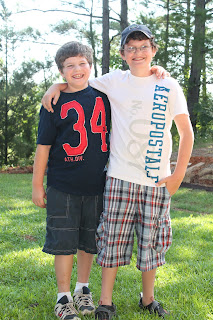 We had made plans to attend the movies this afternoon to watch Journey 2. It would have cost the boys $4.50, but they checked the RedBox listings online and found one available to rent for less than the cost of going to the movies. Were they using great budgeting skills? Oh yes, they were!

We had popcorn and sodas at the house. So, the movie break only cost them $1.30 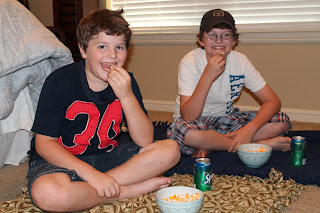 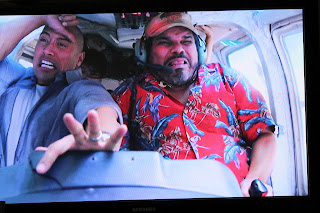 This movie is hilarious! And a fun sequal to Journey to the Center of the Earth. 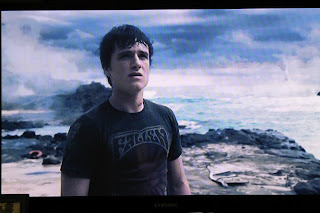 After the movie, our library had a Party in the Plaza. The boys and I went and they got free lemonade and cake, made some crafts, and watched a local magician. It was a pretty fun time! We even ran into a friend who gave us great advice on where to watch the fireworks - thanks JLF!

We did have to get a large vanilla Dr. Pepper from Sonic at some point - we shared, so only $1.18. 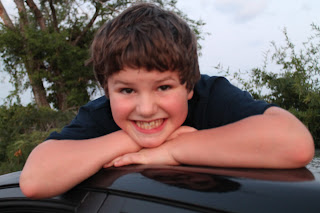 We had friends come up from Nacogdoches and we grilled out for the 4th.
Then watched the largest fireworks show in East Texas - it lasted for 30 minutes!!! 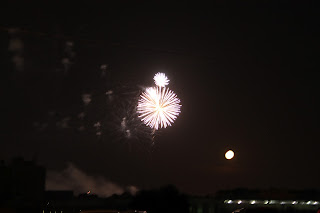 We began Thursday a little behind schedule, but we eventually made it to Park Day with a few of our fellow homeschoolers. We even brought garden veggies to share!

My Mom (Nana) met us for lunch at Luby's, dessert at our local yogurt shop, and a little birthday shopping. We had a really enjoyable day. We also had piano lessons on Thursday. 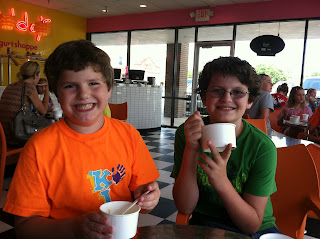 Friday was my birthday - more on this later! However, all birthday activities were paid for by Jake, a.k.a. Daddy, so the boys spent nothing!

On Saturday, the boys' Aunt and Uncle came up for a visit. We mainly worked on chores the first half of the day and played the second half. The boys eagerly built LEGO creations from their shopping trip with Nana on Thursday.

We were fortunate enough to have received tickets to the Pump Jacks baseball game for the evening. We had planned on going Friday night, but we were hit with a monsoon and the game was cancelled. While at the game, the boys bought snacks.

Sunday morning, the boys, Jake, and I went to church. The boys gave tithes on their original $20 dollars. Afterwards, we came home and took a nap, well, at least I did!

The evening found us our friends' home for a gathering of our church Care Group and lots of good food!

All in all, this was a delightful week, filled with lots of fun as well as a couple of teachable moments. The boys learned they could stretch their budget through the use of  coupons, freebies, and even substitutions. They learned the importance of budgeting for giving to others. They even learned how to work together in making financial decisions.

But, most importantly, they learned how to save: Money Saved = $4.08

Posted by MichelleNorris at 7:43 PM

Email ThisBlogThis!Share to TwitterShare to FacebookShare to Pinterest
Labels: $20 for week, simple living, teaching children how to budget