What I Did Wednesday :: Legoland Discovery Center, Dallas 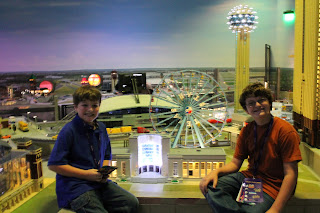 Since summer ended, I haven't posted anything about my Wednesdays (most of the time we've got our noses in the school books). However, this past Wednesday we decided to change things up!

The boys and I headed to Dallas early Wednesday morning for a little LEGO® action. In Grapevine Mills, a huge shopping center, LEGO opened LEGOLAND Discovery Center last year. This was our second trip to this particular Center; after our first visit, we understood the importance of purchasing tickets online to avoid long waits. Yet, on this visit, we were delighted to discover that instead of a long line of anxious children, we were the only visitors for the first 40 minutes. In fact, for the entire duration of our stay, I'd estimate 30 children in the entire venue. I was pleasantly pleased to say the least; and the boys were thrilled!

In addition to admission, I bought two lanyards with activity packs attached. These were only $4 and a great investment. The activity pack was filled with LEGO facts, games, places to record your race times and shooting scores, a scavenger hunt, and a place to "stamp in" at featured attractions. The packs were an added bonus to an already fun-filled day.

Once inside, we were greeted by Professor Brick-a-Brack in the LEGO Factory. We were given a brief synopsis of how LEGO bricks are created and even my youngest got to help in the process. 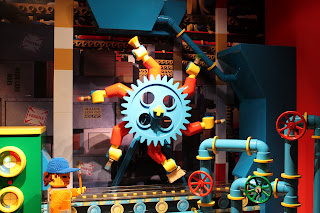 Upon exiting the Factory, visitors are guided to Kingdom Quest, a ride-on attraction where participants use laser guns to destroy trolls and skeletons while rescuing the princess. This ride is slow moving and child orientated. The boys enjoyed shooting at green screen bad guys and earning high scores for bragging rights.

The Discovery Center has two other rides: Merlin's Apprentice and the new LEGO City Forest Ranger Pursuit. In Merlin's Apprentice, the boys soared up into the air on an apparatus resembling a da Vinci creation. Their smiles showed their amusment!

My youngest loved the new LEGO City Forest Ranger Pursuit driving adventure ride. LEGO created an outdoor scene in which children drive miniature LEGO cars around a track. Bees buzz, sirens wail, and helicopters soar above as drivers are in hot pursuit of robbers who stole golden bars from the City. Parents get to have a little fun with this ride, too. Outside of the track, there are little push button stations to turn on all the great sound and light effects as your child drives their vehicle. 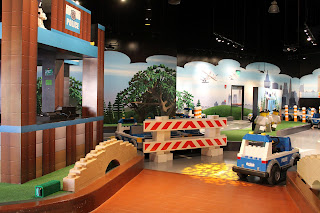 In addition to the rides, the Discovery Center offers  MINILAND®. Made from approximately 1.5 million LEGO bricks, MINILAND features the Dallas/Fort Worth landmarks and attractions. When we visited LEGOLAND Discovery Center in Chicago and LEGOLAND in California, the MINILAND always drew the biggest crowds. It is amazing what can be built from LEGO bricks! 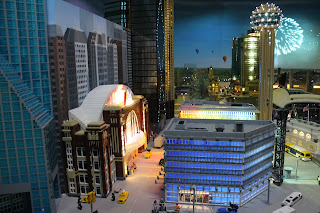 My eldest son's favorite section of the Center is the Build and Test Zone, where children can create their own type of vehicle using a plethora of parts and wheels. After they build their vehicle, they can race them for top scores. 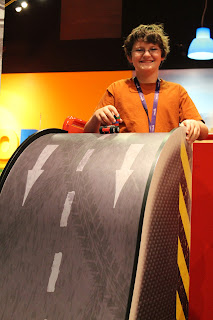 After spending several hours creating and building, the boys were ready to return home. But, before we could leave, we had to peruse the LEGO Store. My youngest created his own minifigures to bring home - the Three Musketeers. I found a few Halloween themed build packs I purchased for our LEGO Club; while my eldest created a wish list for Christmas.

I think the most interesting part of the day, though, was when I realized my eldest son couldn't take part in several activities because he was now too tall! Before you go, you definitely want to check all the height requirements. Children will also need to wear socks for the LEGO City Play Zone and Fire Academy.

Admission is discounted if you purchase online; and you get head of the line privilege when entering the Discovery Center. You can also leave for lunch and return, as long as you have your hand stamped and your original ticket.

If you haven't been to LEGOLAND Discovery Center yet, why not make this a fun family get-a-way! 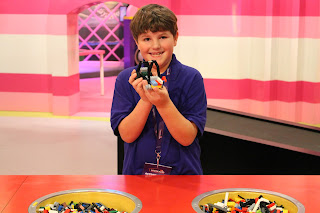 ﻿
Posted by MichelleNorris at 9:34 PM