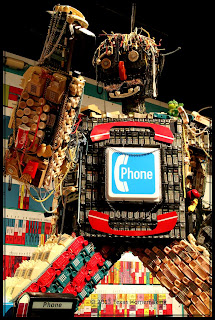 As a child, I spent countless hours at the Children’s Museumof Houston. I remember the Japanese village where children could dress in period kimonos and write their names in traditional script. I filled child-sized shopping carts to the brim in the grocery store. I even gave reports in a pseudo news room with an On Air light blinking wildly. I loved that place! 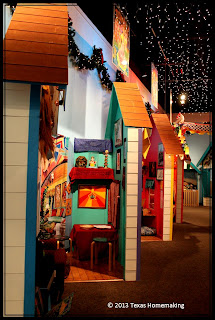 
On a recent trip to Houston, we decided to take our boys. Upon arriving, I immediately knew it wasn’t the same small store-front style museum I loved when I was their age. No, it was much better! 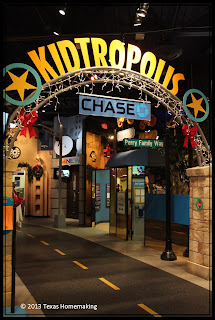 Still included was an updated and fabulously designed mini-city (Kidtropolis) which housed not only a technologically advanced news room and updated grocery store, but also offered a bank with ATM machines, a bike shop, a diner, a vet’s office, a police and fire station, as well as an art studio. 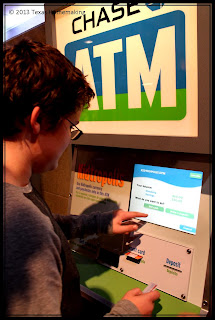 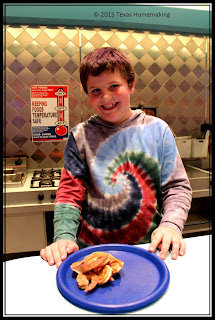 In each exhibit module, children could earn or spend play money, dress up as workers, learn about city jobs and simply engage each other in imaginary play. 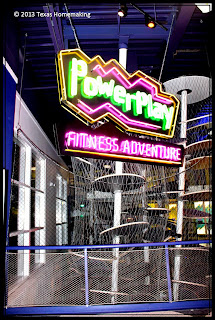 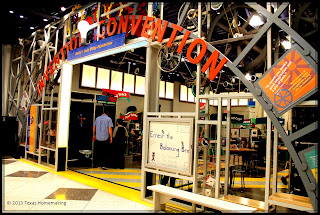 One of my personal favorites was the Invention Convention exhibit where children could create and invent until the cows came home. Through the use of wind tunnels, simple robotics, electronic switches, cranks and cams, children had the opportunity to fully engage their minds and produce their own unique discoveries. 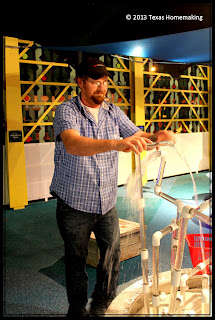 I think my husband found his inner child at the FlowWorks station outdoors. He and my boys were soaking wet by the end of the night. The museum could literally charge an extra $3 a ticket for this exhibit (especially in the summer). Hands-down it was their favorite! 
With more than thirteen exhibit areas, as well as a traveling exhibit section, the Children’s Museum of Houston doesn’t disappoint. Open Tuesday through Saturday from 10am to 6pm and Sunday from noon until 6pm, the museum offers something for everyone. Admission is $9 per person with a discount for seniors and military.  On Thursday evenings from 5pm until 8pm, the museum hosts a Family Free Night. I do want to warn parents with children sensitive to noise and crowding to avoid these nights as it can be quite overwhelming.


In addition to engaging exhibits, the Children’s Museum of Houston also offers a variety of programming throughout the year. Check their calendar before you visit. The museum also partners with the City Pass program so if you are visiting the Houston area, be sure to check and see what other family venues are available through that discounted program.
Posted by MichelleNorris at 7:48 AM